Banks are networked both domestically and internationally through inter-bank borrowing and lending and derivative transactions. Problems at one bank can quickly spread, infecting other firms and the financial system

Banks are highly leveraged, typically around 10 to 12 times. In contrast, hedge funds are leveraged three to five times on average. A small loss can wipe out a significant portion of capital, increasing the risk of insolvency – for example, a loss of 5 per cent of its assets can reduce its capital buffer by a half.

In advanced economies, many banking systems are large relative to the real economy. They are also vital in facilitating payments and supplying the essential credit that drives consumption, investment and government spending. Any disruption in financial intermediation quickly results in a real economic slowdown.

European banks have around €1.2trillion of problem loans. Italian banks alone have an estimated €360bn of non-performing loans (“NPLs”), around 20 per cent of Italy’s GDP. Italian NPLs represent around 15 per cent of all loans, compared to around 5 per cent in the US in the 2008 banking crisis.

Italian banks do not have sufficient capital and access to new equity is now limited. The government’s established a vehicle – Atlante nicknamed Atlas – to recapitalise problem banks. Its €4-6bn of funding was inadequate for the size of the task. It also entailed raising money from stronger banks, insurers and asset managers to support weaker entities, in effect weakening them spreading contagion. 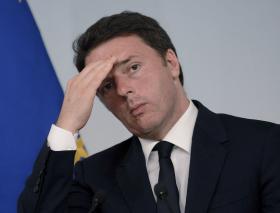 Why Italy’s economy is about to collapse

Resolution of insolvent banks under EU procedure requires progressively writing down equity, subordinated debt, senior debt protecting only insured deposits. However, “bailing in” creditors would result in writing down around €200bn of securities held by retail investors in part due to a quirk of the tax code. The suicide of one retail bondholder in November 2015 after large losses when a small bank experienced difficulties highlighted the fact that the risk of such investments have been understated or misunderstood. Further write-downs would create political difficulties for the government. At the same time EU banking regulations, as well as budgetary and debt limits, make it hard for the government to intervene.

International banks, primarily European banks, also have varying degrees of risk on Italian banks and sovereign debt as well as to other weaker European issuers. 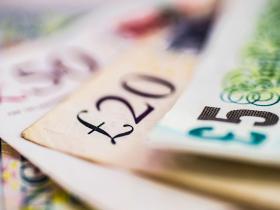 The economic contagion of Brexit has not spread – yet

India stressed loans total more than $150bn, over 15 per cent of bank assets. The problems are driven by over-leveraged borrowers, including state owned enterprises (“SOEs”) family owned conglomerates and infrastructure concerns, and government driven trophy projects with dubious economics to which state owned banks are pressured to lend to. NPLs are difficult to resolve due to inefficient bankruptcy procedures and politically connected borrowers forcing weak loans to be restructured rather than recognised as unrecoverable.

China’s official bad debt is under two per cent of total credit, and around six per cent including “special mention” loans. Independent estimates are as high as 15-16 per cent. The IMF studies indicate $1.3trillion of risky loans, with potential losses equivalent to seven per cent of GDP, lower than other forecasts which range to over 20 per cent of GDP. The principal cause is government directed social lending to SOEs for investment to meet growth targets resulting in overcapacity and project which cannot meet debt repayments. The losses are not dissimilar to previous debt cycles. However, this time around it is unlikely that strong growth resulting from some liberalisation and strong external demand can resolve the NPL problem.

To improve productivity, Theresa May needs to tackle our broadband

Brazil’s delinquency rate for loans more than 90 days overdue is approaching 3.5 per cent. It will rise as borrowers struggle to service debt due to a brutal economic downturn, high interest rates, falling commodity prices and a weaker currency.

With banking systems in other less affected advanced economies also facing increasing risks, any new banking crisis will be significant. For example, European banks alone may need as much as €150bn in new capital. Given that they are significant owners of sovereign debt and the main source of lending to the small and midsized companies which make up 70 per cent of the economy, banking problems represent a major source of continued economic instability.